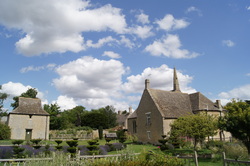 The gardens were established to represent both the practical and decorative features that could be found in a high status garden between the 13th and 15th centuries. The gardens were based around Nicholas Colnet, who was physician to Henry V during the Agincourt campaign in 1415 and who was given the Prebendal Manor in 1417, probably in return for his services.
The gardens were designed by Michael Brown to reflect the plants that would have been used by Nicholas Colnet for use in his medical recipes. They were were selected from several plant lists. These include the earliest English gardening book by 'Jon Gardener' and a 15th century 'Leech Book' that contains the sort of plant based medical recipes Colnet could have been using.

Colnet left a copy of the popular medical book, ‘Lilium Medicinae’ in his will.The gardens contain the features that you may have found in a high status garden of the early fifteenth century. None of the features in our garden have been based on the archaeology of Prebendal Manor. If there were gardens here in the medieval period, we have not discovered any evidence of them during the extensive research that has been carried out.


Alan Titchmarsh described the gardens as a "stunning example of a recreated medieval garden". 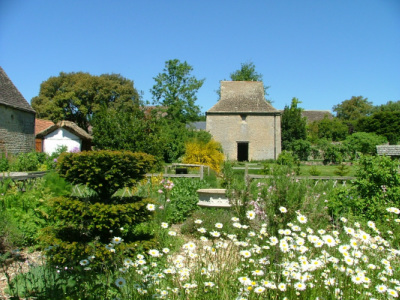